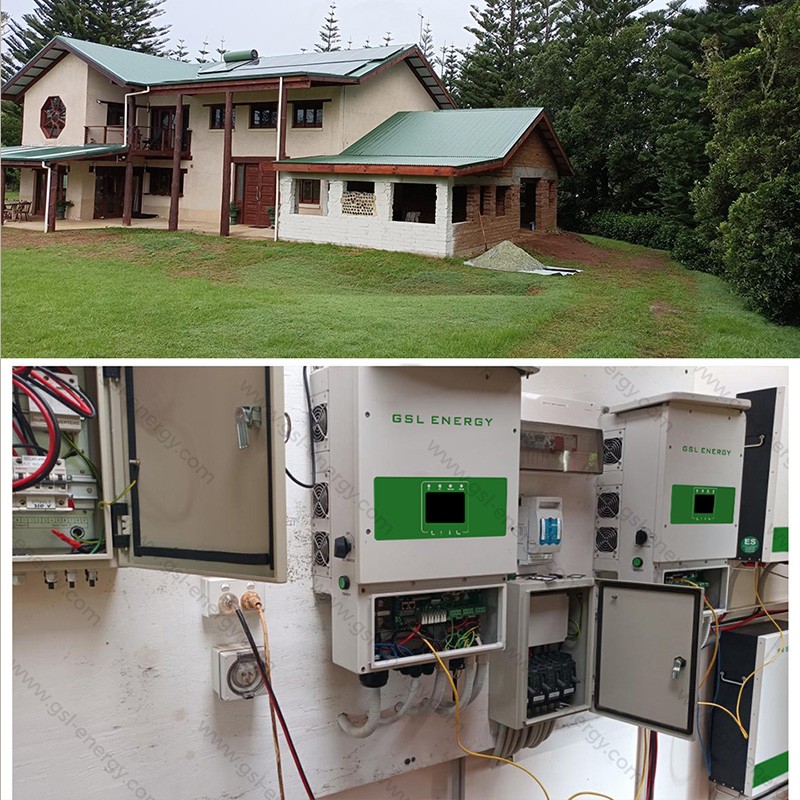 This week ,we will introduce GSL full set of hybrid system installed by Mr. George in Norfolk Island Australia.

Because the house was built on Norfolk Island,no grid power, they used under off grid mode,and also because of this,Mr George purchased  4 pcs GSL 10KWH power wall lifepo4 batteries to store more power to support a longer load.

“ The system is now running the house for a few weeks.

Attached is a photo of the system when we were commissioning it and a photo of the garage were the system is housed. I’m in the process of finishing the building and when done will send you photos of the tidy system.

Since installing the system there has been a lot of local interest in the GSL system.”

GSL is moving forward with the vision of spreading green and clean energy to every corner of the world.