According to the previous research, the total energy consumption per capita of Belgium is 57% higher than the EU average, at 4.5 toe (2020). Electricity consumption per capita is a third above the EU average and amounted to around 7 100 kWh in 2020. The industrial sector accounts for 45% of the country's electricity consumption, compared to 26% for services and 23% for the residential sector (2020). At the same time, Belgium is one of the fastest-growing renewable energy nations in Europe. For over a decade, Belgium has seen its renewable energy usage grow from about 3% in 2006 to over 13% in 2021. Belgium has a great potential in the development of home solar energy storage system.

By adding GSL Energy lithium batteries in the solar system, the extra solar power energy can be collected for later use. When your battery is fully charged, the system will send electricity back to the grid. When the battery is used and its charge gets depleted, then the battery will resume charging and draw electricity from the panels once more. 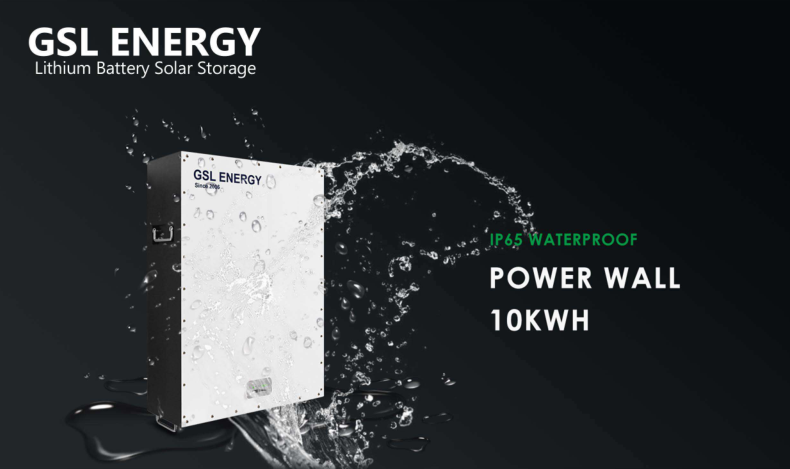 GSL ENERGY has been a pioneer in the LiFePO4 lithium battery manufacturer since 2006 and has provided ESS (Energy storage system) solutions to residential and commercial customers in more than 30 countries. The waterproof power storage wall lithium battery was the second generation released in 2021. It retains the classic design of GSL Powerwall battery series. At the same time, the normal LCD display is replaced by a more concise LED lights to reach the level of IP65. And this battery is completely developed by GSL ENERGY.

The second generation IP65 Waterproof power storage wall is a 51.2V 200AH LiFePo4 lithium battery. The power capacity is 10kwh for the single one. Compared to the traditional lead-acid battery, it can supply more cycles and making it great for delivering ancillary services to the grid. The long lifespan also saves the high maintenance cost of lead-acid battery. Each battery has an in-built BMS system, which manages power output smartly and effectively. Even though the visual LCD is removed, customers can monitor the battery situation through APP. More importantly, the waterproof design of the battery provides wider application scenarios of the solar energy storage system. And this unique feature makes it become popular with the coastal and wet areas.

Chat Online
Chat Online
Chat Online inputting...
Dear Sir, Thanks for your interest in GSL products. Please send your enquiry to Mr. Jim Deng at jimdeng@gsl-energy.com. If you need urgently reply, add whats app account : 0086 13923720280
We are here to help you! If you close the chatbox, you will automatically receive a response from us via email. Please be sure to leave your contact details so that we can better assist
Sign in with: