With the development of economy and society, people demand more and more energy

The search for new energy sources has become an urgent task facing mankind.

Thermal power needs to burn fossil fuels such as coal and oil.

On the one hand, the reserves of fossil fuels are limited and burning down, and they are in danger of running out.

It is estimated that the world's oil resources will run out in another 30 years.

On the other hand, burning fuels will emit carbon dioxide and sulfur oxides, thus leading to the greenhouse effect and acid rain, which will worsen the earth's environment.

Disadvantages of water and electricity

Hydropower will flood a lot of land, may lead to ecological damage, and once the collapse of large reservoirs, the consequences will be unimaginable.

In addition, a country's water resources are also limited and affected by the seasons.

Nuclear power is clean under normal conditions, but in the event of a nuclear leak, the consequences would be equally dire.

The accident at the Chernobyl nuclear power plant in the former Soviet Union has affected 9 million people to varying degrees, and the impact has not ended.

All this forces people to find new sources of energy.

New energy sources should meet two conditions at the same time: first, they are abundant and will not be exhausted;

Second, it is safe and clean, which will not threaten human beings and damage the environment.

At present, there are two main types of new energy found, one is solar energy, and the other is fuel cells.

In addition, wind power generation can also be a supplementary new energy.

Among them, the most ideal new energy is solar energy which could be brought to the full play by solar energy system. 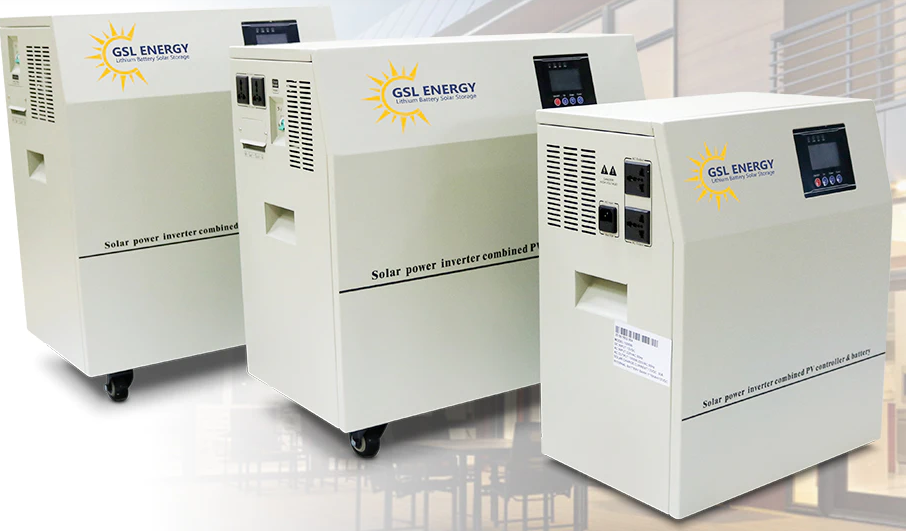 A solar cell is a device that responds to light and converts it into electricity.

P-type crystalline silicon can be doped with phosphorus to obtain N-type silicon and form P-N junction.

When light hits the surface of a solar cell, some of the photons are absorbed by the silicon.

The energy of the photon is transferred to the silicon atom, which makes the electrons move over and become free electrons. They gather on both sides of the P-N junction and form a potential difference. When the circuit is closed externally, under the action of this voltage, a current will flow through the external circuit and produce a certain output power. The essence of this process is: photon energy into electrical energy process.

Chat Online
Chat Online
Chat Online inputting...
Dear Sir, Thanks for your interest in GSL products. Please send your enquiry to Mr. Jim Deng at jimdeng@gsl-energy.com. If you need urgently reply, add whats app account : 0086 13923720280
We are here to help you! If you close the chatbox, you will automatically receive a response from us via email. Please be sure to leave your contact details so that we can better assist
Sign in with: